Another quote from a meeting of the General Board of Global Ministries. The picture was posted by my Superintendent, Carlo Rapanut, who is attending the meeting. This quote gets us beyond the “paternalism” that is often associated with mission work and a missional focus — where the “haves” minister to the “have nots.” And, it’s …

END_OF_DOCUMENT_TOKEN_TO_BE_REPLACED

This is from a post called “Short Term Trips, Long-Term Discipleship”: How can we train people for short-term mission trips among the nations whom we could also trust with long-term missional engagement among our neighbors? The short answer: discipleship. In addition to forming long-term partnerships, it is mission critical to frame short-term trips within long-term discipleship. …

END_OF_DOCUMENT_TOKEN_TO_BE_REPLACED

MISSION IN THE BOOK OF ACTS

The book of Acts provides insight for us in strategy development. Certainly the fall of Jerusalem and destruction of the temple in AD 70 at the hands of Roman soldiers seemed a potential threat to Judaism and the fledgling Jesus movement. Yet, led by the Holy Spirit, Paul and his team connected their strengths to this opportunity and developed strategies that changed the world.

Devised in their first missionary journey, Paul and Barnabas, and later Paul and other members of the team, traveled to significant cities where the Jewish diaspora lived. Their strategic pattern in each city was the same: proclaim the good news first in the synagogue. If and when the opposition became too great, they moved to homes or marketplace gatherings to continue proclaiming. Once a faith community was established, they appointed elders to shepherd the new churches, and as directed by the Holy Spirit or when persecution intensified, moved on to other cities to continue the same strategy (see Acts 13:13-52 and Acts 14:1-25).

Paul’s strengths, gifts, and experiences included a bicultural, multilingual, cosmopolitan upbringing with a Pharisaical education perfectly intersected with the contexts of exiled Jews in Greek/Roman cities. Paul’s teammates were similar but also contributed other gifts and experiences.

MISSIONAL MINDSET IS NOT A TRIP (Alsbury Baptist Church)

I have been asked by many, “why didn’t you take a mission trip this summer?” Let me answer that important question.

I want to be careful to not limit our understanding of missions to an event or a trip. Being involved in missions is having a mindset to be intentional to meet the needs of others in order to share the love of God. Having a missional mindset should be a character quality that we all work on developing to be a part of who we are on a daily basis, and it does not require a trip.
I think mission trips are great things, as I am about to head out with our college students on a mission trip to serve the needy children in Amarillo. But, this week was a good reminder for us all that missions is more than a trip to take, it is a mindset to develop which we can do right here in our own area.

FINDING “A CRACK OR CREVICE” FOR MISSION

Every single missional community could say, “We exist to love God, love people and serve the world.” The point of a missional community is to find a crack or crevice of society where there is a lack of Gospel presence and form a Jesus community in that particular crack/crevice. It’s not generic, it’s specific. But if you never truly identify the place God has called you to (either a neighborhood or network), or if you don’t do the things necessary to incarnate the Gospel in those places, it’ll be very difficult to sustain, grow or multiply the MC. 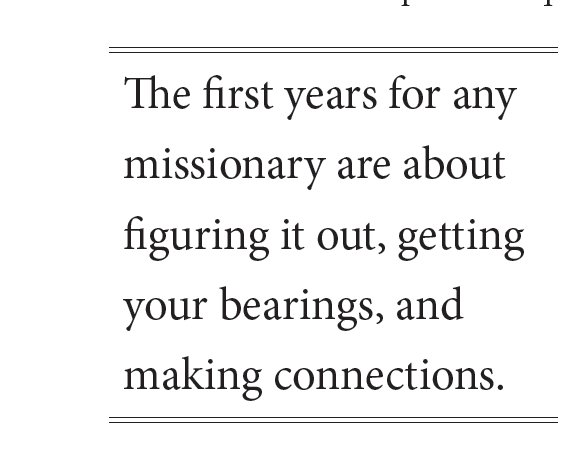 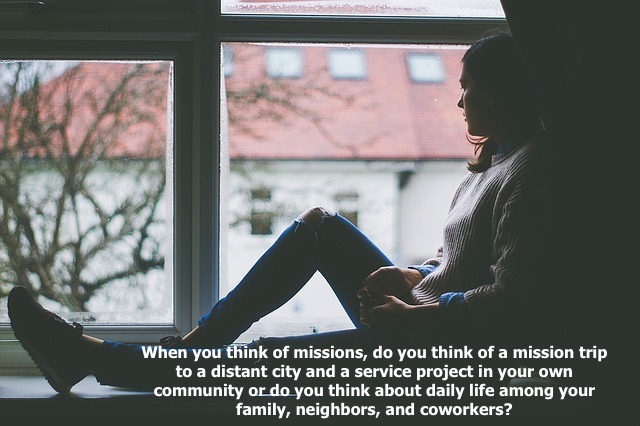