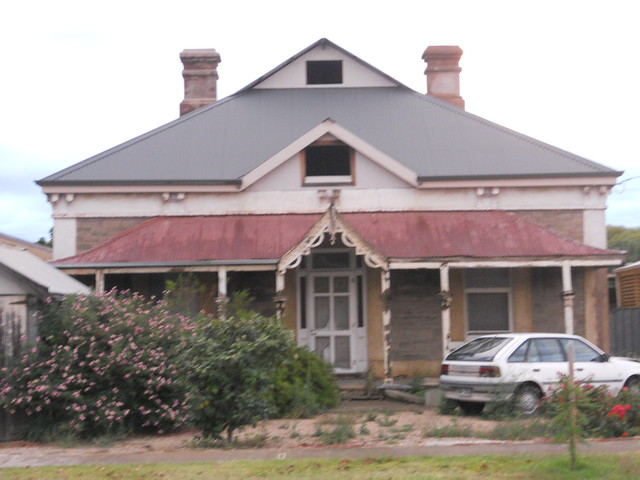 This is actually very similar to an idea I had for a church down in Hattiesburg, Mississippi about 10 years ago. That particular church was located in a poorer neighborhood and the price of some of the run-down homes was dirt cheap. I wondered, with the pastor, what it would look like to purchase a home or two, renovate them with neighbors and provide a “satellite” site for ministry and mission to the community. Perhaps it wasn’t quite that thought out, but it was an idea.

So, I was tickled to see what The Bridge church plant is doing in Niagara Falls, Ontario. Here’s how it’s described by Alissa Vernon at The Banner:

Some of the people involved in The Bridge, a church plant of the Christian Reformed Church in Niagara Falls, Ont., are living out their mission by purchasing homes in identified neighborhoods. It is another venue for building relationship while rebuilding floors and walls.

“I think it’s setting a precedent of what a missional community really looks like,” said Rev. Allen Kleine-Deters, pastor at The Bridge.
Bridge participants Phil and Leanne Korten relocated to a fixer-upper in Niagara Falls from nearby Fenwick, Ont. “In the process [of renovations] they’ve developed a friendship in particular with one neighbor across the road . . . [and] this really cool friendship has developed that now has encompassed more of the Bridge people,” Kleine-Deters said….

Deliberately engaging neighbors at barbecues, open houses, or while walking the dog is written into the blueprint of The Bridge. “Neighborhood life is an intentional focus to be present in our local neighborhoods, to come alongside the people who live around us and be the solid connectors for people within the community,” Kleine-Deters wrote in one of The Bridge’s defining documents.

Now, personally, I have some issues thinking of what this might look like in a very small town (such as my own). While we do have some (more or less) distinct neighborhoods, the circles of care for a tiny town really encompass all of the town. I’m not sure how this model would work on a small scale when we’re close enough to cross neighborhood lines. That said, however, I think it’s a very good model for larger towns and cities.

One thought on “One Church Is Buying and Renovating Homes, Missionally”